Autobots, Decepticons, Predacons, and Maximals -- they're all here 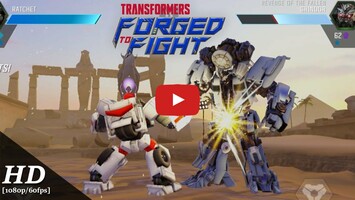 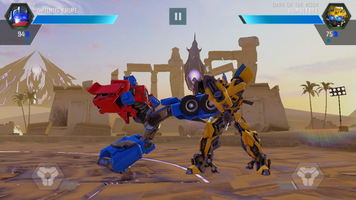 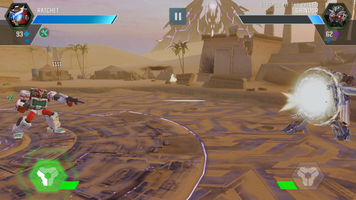 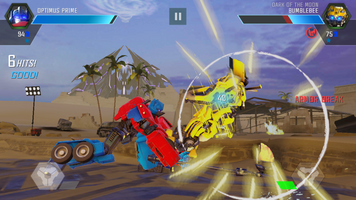 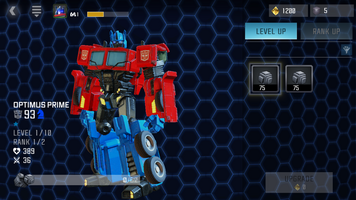 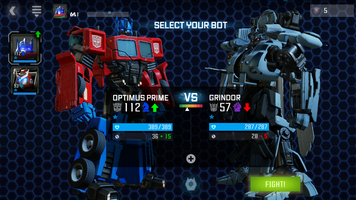 Advertisement
TRANSFORMERS: Forged to Fight is a 3D combat game where you take over some of the most charismatic troopers straight out of the Transformers universe. We're talking big names of the likes of Optimus Prime, Megatron, Bumblebee, Ratchet, Soundwave and Grindor–no less. Yes, you read that right. Your favorite characters from any Transformer gen are up for grabs in this free-for-all mash up of Generation 1, Beastwars, Transformers 2010, Armada and even stars from the popular Transformers film franchise. Thirty years of Transformer history create a palpable buzz in one unique title.

Combat systems in TRANSFORMERS: Forged to Fight are perfectly adapted for your touch screen needs. Tapping on the right side of your screen has you launching normal attacks, but if you slide your finger towards the right you'll unleash your special moves. A swipe upwards or downwards has you defensively side stepping to avoid enemy hits headed your direction. Quick tip: if you tap towards the left you'll duck and block enemy attacks.

As you climb up the ranks by winning in AI battles you'll also progress along on your quest through the game's story mode. However making your way through is no easy task and requires you conquer enemy bases, forge alliances with other players, recruit new transformers to your side and even attack other players' main forts. In case you were wondering–yes, TRANSFORMERS: Forged to Fight does in fact include a multiplayer mode where you can play against your real-life friends (and enemies).

All in all, TRANSFORMERS: Forged to Fight is a fine combat title with the ocasional RPG tinge. Its spectacular visuals, intelligent combat system and over-the-top Transformers packaging seal the deal for true fans of the classic saga who are sure to be left more than just a little pleased.
Reviewed by Andrés López Translated by Jessica
Advertisement

Why is this app published on Uptodown?
(More information) 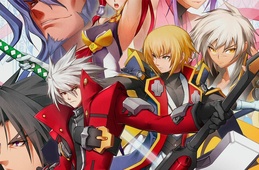 Apr 8th, 2017 Transformers: Forged to Fight is the fangame you've always dreamed of

Injustice: Gods Among Us
DC superheroes in their most spectacular battle
Real Steel World Robot Boxing
Robot fights inspired by the movie of the same name
Shadow Fight 2
Spectacular battles in feudal Japan
The King of Fighters-A 2012
The free version of The King of Fighters-A 2012
Marvel Contest of Champions
The most epic battles in the universe
Real Steel Champions
Spectacular robot fights
Kung Fu Do Fighting
Short, pixelated fights reminiscent of Street Fighter
Mortal Kombat
Awesome fighting action on your smartphone

Similar to TRANSFORMERS: Forged to Fight

Police Hill Crime Chase
GolfNow
Snowball.io
Push all your rivals with your snowball
Solitaire Games
The best selection of solitaire games on Android
Paint By Number
Color drawings by following the numbers
TrainStation 2
Build your own railway empire
Mindustry
Create your own production chains in this addictive simulator
Ludo Party
The most original game of Ludo on Android